Blues and Rockabilly in France Paris Plages 2013 poster by Kiraz 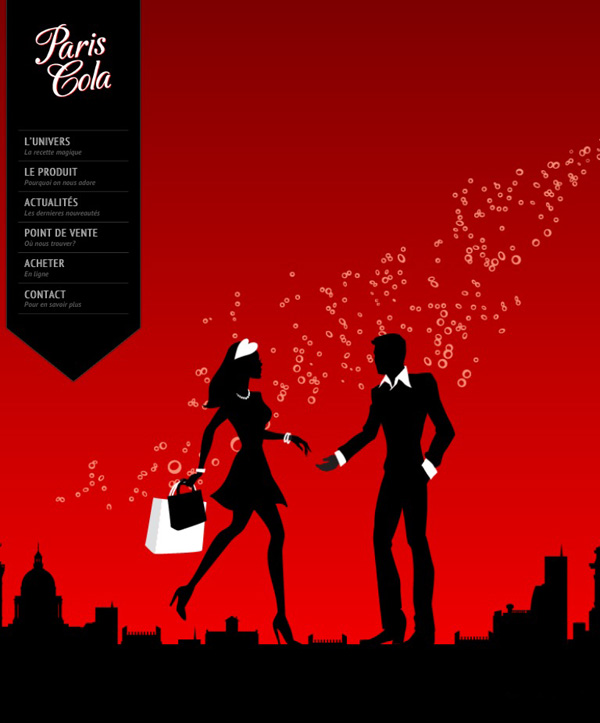 Paris Cola claims to be 100% French, which surely appeals to the natives, who resent the ubiquitousness of American mega-brands. (Can’t say I blame them.)

It is also competing with another franco-brand launched in 2002, Breizh Cola, “Le Cola Breton du Phare Ouest” (get it?), and is being sued by yet another local, Parisgo Cola, for trademark infringement. Parisgo was launched first, but Paris Cola trademarked their name first… So we’ll see what happens.

Of course, we mustn’t forget Meuh Cola, another provincial brand (Normandy), which we covered a while ago. I’ll have to try that one too…

Don’t know if any of them are drinkable, but I now plan to try all four. I’ll let you know. I’m a Coke drinker, but I do love an RC Cola from time to time. (Pepsi only if desperate.)

Based on marketing alone, I think I prefer the adorable old bretonne ladies of Breizh, and their great-looking site. (Breizh is what Brittany was called before it was Bretagne.)

Parisgo lacks personality and has rather hackneyed slogans (“Parisgo has chutzpa” “Thirsty for change?”). Their website’s being redone right now, so I don’t know about the visual identity, but the logo and labels on the bottles aren’t terribly exciting.

As for Paris Cola, they’re a little more…full of themselves: “un zeste d’arrogance, une pointe d’ironie et beaucoup de bon goût” (a dash of arrogance, a drop of irony, and lots of good taste). Guess they’re really trying to appeal to the Parisians’ amour propre, of which they have much. As for their visual identity: meh. The imagery looks a little cheap to me.

If you enjoyed this article, please consider sharing it!